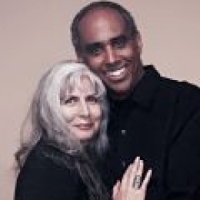 It's your right to KNOW THE TRUTH!

Contact me TODAY to schedule a LIVE virtual tour and claim your $100 in FREE non-toxic cleaners from our online shopping club.

My name is Phillip Ingram and my background is from the Music Industry. I come from a musical family, but only 2 of us decided to make a living out of the Music Industry and that was my brother James and myself.

In 1977 I was signed to Motown Records as part of the Platinum Selling Group, 'SWITCH'. SWITCH recorded 5 albums for the Motown label from 1977 - 1982, with such hits as"There'll Never Be"; "I Call Your Name", "I Wanna Be Closer", just to name a few. SWITCH's first album was Platinum with the second album being Gold.

In 1982 I left the group and went on to work with some of the biggest artists in the Music Industry, singing on their records and/or live performances. Such artists as Quincy Jones, Lionel Richie, Barbara Streisand, Julio Iglesias, Sheena Easton, just to name a few. I also have worked on many films, such as 'My Best Friends Wedding', 'The Little Mermaid', 'Shrek' and many more.

So why would I decide to partner with a company that has nothing to do with the music or entertainment industry? It's very simple and I'll explain why. In the music industry, I set my own schedule, I collect residual income from projects that I've worked on in the past and I have the freedom to really do what I want to do, when I want to do it. But,even though there are a lot of positives in the industry, IT'S A FEAST & FAMINE INDUSTRY OR BUSINESS!

When I was first introduced to the company that I've decided to partner with they had all of the positives of the music industry such as setting my own schedule, collecting residual income, having the freedom to do what I want when I want, etc. but the difference; IT'S NOT A FEAST & FAMINE INDUSTRY! As a matter of fact, when people don't have the money to buy a record or have the money to go to a concert, they're still going to brush their teeth, comb their hair, wash their clothes, etc. So from a business point of view, this spoke to my values of what I had already become and was used to; but without the ups and downs of the Music Industry.

Now imagine not only having a great company to partner with but also imagine that the products are so good that both my wife Rebecca and I have had very positive experiences by going green.

Briefly, I had sinus issues for most of my life. When we first used the products from this company, my allergies went away. My wife Rebecca used to have Fibromyalgia and Chronic Fatigue Syndrome. Again, I speak in the past tense because that's no longer an issue for her. Why, because by going green, ALL OF THE TOXINS WERE REMOVED FROM OUR HOME AND PRODUCTS, and that has made all of the difference. Something that simple,switching stores.

Today I still travel all around the world singing at various venues and recording at various studios working with many different artists. I've helped and worked with a lot of people in the Music Industry. The same passion that I have for the music industry, I've carried a similar passion over to this industry where I'm, in addition to the music industry, I'm helping people learn about what it truly means to be free.

Years ago I sang on the first movie 'SHREK' of the 'SHREK' series. 'SHREK' was already green, now I'm loving the fact that I can help more people, inside and out of the Music Industry, Go Green.

I look forward to hearing from you.